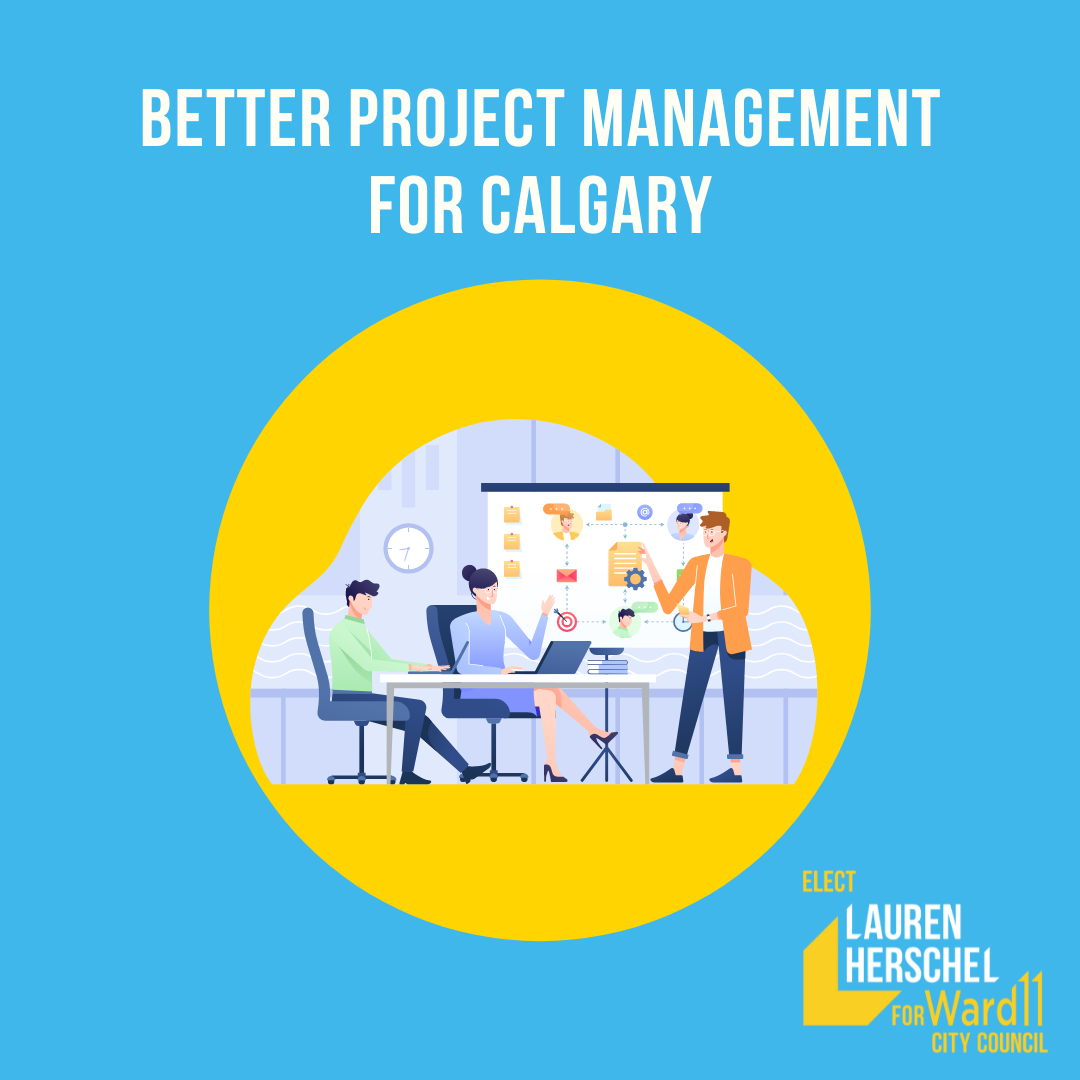 The City of Calgary has a number of big-ticket projects at various stages of development. I get asked frequently, both at the doors and in the dozens of community/business leader meetings I’ve recently had, if I support these projects. While some people are expecting a YES/NO response, for me it’s not that simple.

Do I support investment in critical long term infrastructure like transit, the Downtown Strategy, and the BMO expansion? In concept, yes. We need to ensure the city has what it needs to thrive both now and decades down the road. These venues and services also actively support investment in our economy in a number of ways – present and future. I also believe strongly in investing in things like lifecycle infrastructure upgrades in our established areas. I believe the intent of these projects is good, and the desired outcomes are of value to our city. I also believe these projects are a step towards improving Calgary’s long term economic health and making the city an attractive place to live, work, and play.

Here’s the “but”. I have concerns with how we manage large infrastructure projects – whether it’s the Green Line, a new bridge or a large-scale renovation on a building (etcetera). Calgary has had a habit of going over budget with major projects and initiatives. These budget overruns often start happening before the project is physically underway. We design, redesign and scrap previously agreed on plans. We change scope and direction. Don’t get me wrong – in my own experiences working on large-scale projects I know sometimes plans have to change due to market shifts, misinformation or a change in mandate from stakeholders. Generally those reasonable expected variances are built into the plan from a timeline, resource and capital perspective. The difference is, if projects in the private sector followed the same trajectory and budget overruns that some of our city projects consistently appear to, there would be significant repercussions for those involved with the projects, and we’d see action taken to address the overruns much more quickly.

This problem of course isn’t unique to Calgary. A Toronto subway extension to a major university announced in 2006 with a budget of $2.6 billion was delayed until late 2017 and cost over $3.2 billion (it was also talked about by councils for 20 years before the plan was actually put together). A city hall parkade in Prince George, originally slated to cost $12.6 million in 2018, is now expected to cost $34.1 million.

A 2016 study that looked at 258 major road, tunnel, bridge, transit and rail projects in 20 countries on five continents found that nine out of 10 were over budget. Another case study of 1471 government tech projects showed an average cost overrun of 27%, with one in six  projects having a cost overrun of 200 per cent. In another review, 245 large hydro dam projects in 65 countries over a 70-year period went an average of 90 per cent over budget.

Why does this happen?

There are uncertain elements to any project – like the cost of materials being affected by shortages or changes in the commodity markets. However with municipal projects, there is the added layer of politicians changing direction, after initial scope and budget has been determined (changing the Green Line route for example). This leads to multiple design alterations, changes in timelines, and a number of other shifts that can lead to an inflated price and significantly longer timeframes. However these reasons alone don’t explain why so many projects end up well over budget.

Why don’t we learn from our mistakes?

Someone I recently spoke to said it comes down to fools and liars (which they borrowed from mega-project management expert Bent Flyvbjerg) – we will call them Team A and B.

Team A convinces everyone including themselves that a project can be completed faster and cheaper than what is reasonably possible. They tend to underestimate the time and cost to complete a task. Typically this is seen with expensive capital projects as it is difficult to get buy-in and approval for these sorts of plans. This is especially true for projects with a long timeline, where it is highly unlikely there will be personal consequences for over-runs for everyone initially involved in the project.

Team B strategically misrepresent a project’s costs to get it going. This can be for financial benefit, an unwillingness to admit the project may no longer be needed, or ego (and I’m sure other reasons). Realistically, most projects won’t be halted once they are physically started, and/or contracts are negotiated, so there is often a push to get them to that point, regardless of how it's done.

Do I think this is at play in Calgary? It is hard to know –  probably not in all cases. But it is concerning that there is a lack of transparency in terms of how our major projects are being planned and managed. We often don’t hear of cost overruns until after the fact, if at all (typically we do for things like the new Arena, but less so for projects like new interchanges or other less interesting pieces of infrastructure). In some cases, projects are announced to have finished on time and on budget, but with deficiencies they are over budget – an outcome that more often than not does not get publicized. All of this leads to mistrust in the city, and in council, which then damages the public’s willingness to support other future large projects.

I would like to see a formal private sector project management approach to all major infrastructure projects, with more frequent check in on scope shift, timelines, and budget.

If in the interim, the budget and/or timelines appears to be more than a certain percentage over, it should immediately trigger a review by council or a committee. We need to be okay with not moving ahead with some projects if they are not economically viable, if scope has shifted too dramatically and if the return on investment is no longer there.

Full reporting after a project’s completion should be provided to all stakeholders (including the public) including the rationale for any scope, timeline or cost changes, and the impacts of those to budget and timelines. The report should also document learnings and an action plan to implement any process improvement for future projects of a similar nature.

We need to make sure administration is set up to succeed. Do they have the resources to properly manage the requirements? Do we have a centralized project management team at the city? (There is something like that but it is unclear what their process and scope is). Do we have access to the budget forecast and actuals as the project progresses? What is the incentive for city staff to complete projects on time and on budget? How do we make large projects more transparent and efficient? These are questions that we need to answer, and something I will focus on asking.

We shouldn’t be paying more for less. While we can’t predict all the change requirements and budget challenges, we can do a better job of being proactive and running all our large scale projects in an accountable, cost effective and timely manner.